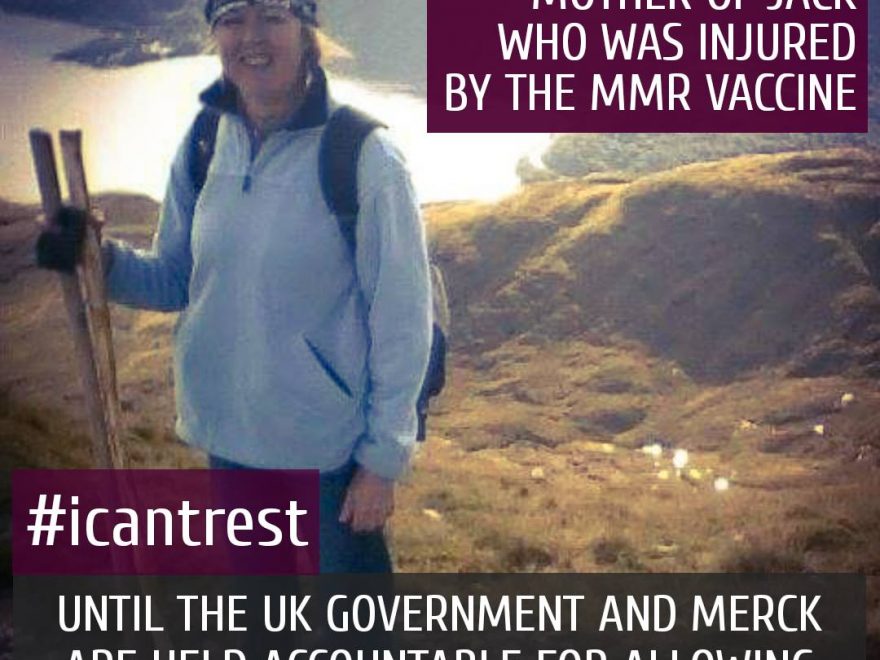 Joan’s son, Jack, was injured by the MMR vaccine.

Joan can’t rest until the UK government and Merck are held accountable for allowing unsafe, untested vaccines for children.

#ICantRest until every child adversely affected by vaccines is acknowledged and honoured by our society for having taken one for the herd.

#ICantRest is the UK vaccine injury community’s response to the #wewontrest campaign where paid employees of vaccine manufacturing companies are publicly and vigorously promoting universal vaccination policy in Europe. Given the current global push for mandatory vaccination, we believe this industry should be placed under greater scrutiny and the regulators who are in place to protect its consumers be made independent of the industry itself, financially, politically and in terms of staffing. Our album link is here: https://facebook.com/pg/VaccineInjuryUK/photos/?tab=album&album_id=618739911890004