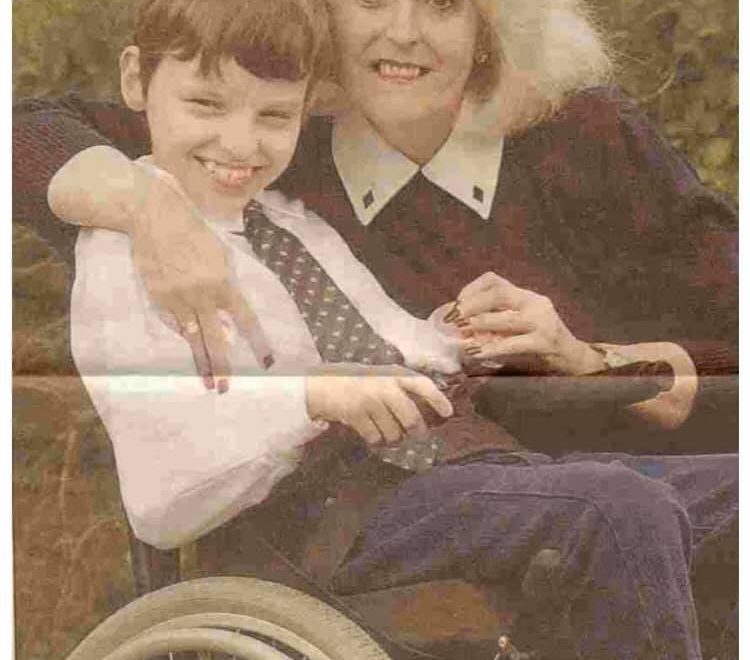 “On one occasion, he said, ‘Mummy, I have spoilt your life’. I jumped up and gave him the biggest cuddle and kissed him. I said, ‘Of course you haven’t you are mummy’s soldier’.”

Sheila Draper devotes her life to caring for her son Gregg after he suffered serious brain damage from a routine vaccination. Yet all she has received from the Government by way of compensation is £20,000 — and she had to fight six years even for that.

It all began when she took Gregg, then a healthy six-month-old baby, to be immunised against diphtheria, tetanus and whooping cough.

The vaccine she believed would protect him caused such damage to his brain that Gregg now has no use of his limbs, suffers from epilepsy and has breathing difficulties.

Before the vaccination, the doctor gave her son a 100% clean bill of health.

“I asked him if there was anything I should look out for after his vaccination and he said that Gregg might be a little hot in the evening” said Sheila. But at 9.30pm, when she was about to give Gregg his last feed of the day, she noticed that something was wrong.

“When I went over to his pram, I couldn’t see his eyes,” she said. “His eyes were turned up, the pupils appeared and then disappeared, and he had a raging temperature.

“When I picked him up he began to scream and scream and scream. While I was holding him, there were these jerks and little twitches, 30 to 40 at a time, mostly down his left Side. That continued all night and all the next day”

When Sheila called the surgery the next day, a doctor told her the symptoms were normal.

“He is so severely disabled, he can’t turn himself over,” she said. “He says, ‘Mummy, can you sort my legs out for me’ and it takes half an hour to straighten them out. Gregg has all the special needs to be taken care of. Everything that most people take for granted – washing, dressing, cleaning their teeth, going to the lavatory – he can’t do any of that for himself But he has got a wonderful sense of humour and he watches sport and videos. Despite everything, he is a very happy child.”

For most of the time she has cared for him on her own because her husband, a merchant navy officer for 35 years, often worked away from home, and her three other children are grown-up.

Following the diagnosis of brain damage, Sheila had to wait two years before she could apply to the Vaccine Damage Payment Scheme. In 1987, her application — based on medical reports – was refused. Then in 1991, she attended an appeal hearing with gregg who was in a wheelchair.

This time the panel agreed Gregg was 80 per cent disabled — the criteria needed to receive a payment -and he was awarded a one-off sum of £20,000. “That is the only money we have had and I have never been offered any care,” said Sheila. ‘Gregg needs round-the-clock care. All his limbs are disabled and he has cerebral palsy in his lips which makes him wretch when he eats. He can still wear the arm band he had when he was born because his arms are so skinny”

Sheila has to sleep in the same room as Gregg, constantly listening out for his breathing. if he has a fit and doesn’t come out of it within five minutes, she has to give him doses of drugs, otherwise he could die. She gets £40.45 a week to provide 24-hour care for her son.

“What strikes me most about Gregg is that, with all his problems, he is always apologising to me,” said Sheila.

“In many cases, the parents die before the child. We want to make arrangements for Gregg so that he receives quality care, but it costs a lot of money—the least I have been quoted is £120,000 a year.”

She added: “I have got no pleasures in my life and I never go out. There is nothing to look forward to, to the point that, sometimes, I don’t even know what day it is.”