Tyrone Boudabes was just two months old when he died

The Queen Elizabeth Hospital in Woolwich

Get the biggest MySouthLondon Newsstories by email

We will use your email address only for the purpose of sending you newsletters. Please see ourPrivacy Noticefor details of your data protection rights

A judge has ruled an inquest into the death of a two-month-old baby whose father was cleared of his murder is not set to resume.

Tyrone Boudabes died on September 20, 2016, two weeks after he was found lifeless by paramedics who were called to his South East London home.

In January, the infant’s father, Abdoul Boudabes, 40, of Plumstead, was found not guilty of charges of murder and manslaughter following a lengthy trial at the Old Bailey.

At a pre-inquest review hearing at Southwark Coroner’s Court on Wednesday, September 25, senior coroner Andrew Harris said he did not see “sufficient interest to resume the inquest” following the evidence heard and conclusion of the criminal trial.

According to a hearing agenda and background note provided to the press by the coroner, on September 6, 2016 Tyrone was immunised, with a 999 call later being made as he was not breathing and bleeding from his nose.

He was found lifeless and after CPR was administered he was taken to Queen Elizabeth Hospital in Woolwich .

Pathologist reports concluded Tyrone’s death was “not natural” and his injuries were “indicative of death due to head injury or shaking/impact”, the document said.

It said there was a conflict of evidence as to whether the baby’s father dropped him at home, as a paramedic reported, but which the father later denied.

At the trial the prosecution case was that Tyrone’s father was alone with the baby when the injuries were allegedly inflicted.

The defence suggested a paramedic delivering blows to the back of the baby’s neck, a claim which was denied, were a cause of injury.

This was put to all experts and all disagreed this could cause the injuries, the document said.

Other criticisms of the London Ambulance Service included being unable to ventilate Tyrone properly and a denied suggestion the paramedic held Tyrone by the neck.

The suggestion that the vaccinations had made Tyrone ill was also explored, but there was no expert evidence and it was not accepted by medical professionals.

According to the Coroners and Justice Act 2009, a determination from a coroner’s investigation cannot be inconsistent with the outcome of a criminal trial.

At the hearing on Wednesday, Robert Cohen, representing the LAS, suggested to the coroner that due to the facts of the case the “only way you could reach a conclusion of unlawful killing would implicate the father”.

He argued that the coroner’s court was therefore “stymied” because of “the rule of law and verdict in a criminal court” and faced “insurmountable difficulties” in reaching a “proper, full and fair conclusion” as to how Tyrone died.

Jacques Howell, representing Lewisham and Greenwich NHS Trust, said there was no serious incident investigation into Tyrone’s death, with an incident reporting form stating that the “resuscitation of the child was in keeping with the national guidance”.

Chris Gillespie, representing the locum anaesthetist involved in the resuscitation of Tyrone, said that “all the matters that could have been canvassed it would appear were canvassed, then it’s difficult to see what a resumption would achieve in this case”.

Mr Harris said that after the trial there were not “circumstances in which an unknown person, as an alternative as to what was heard at trial, could have new evidence to give”.

He said he was staying implementing his decision not to resume the inquest for two weeks to allow Tyrone’s family, who were not present or represented at the hearing, to make submissions.

Categories: Vaccine Injury in the press

Doctors rule out link between boy’s death and measles vaccination Basit Mahmood Wednesday 17 Apr 2019 1:38 pm Doctors who have investigated the sudden and tragic death of a three-year-old boy have ruled out the Read more… 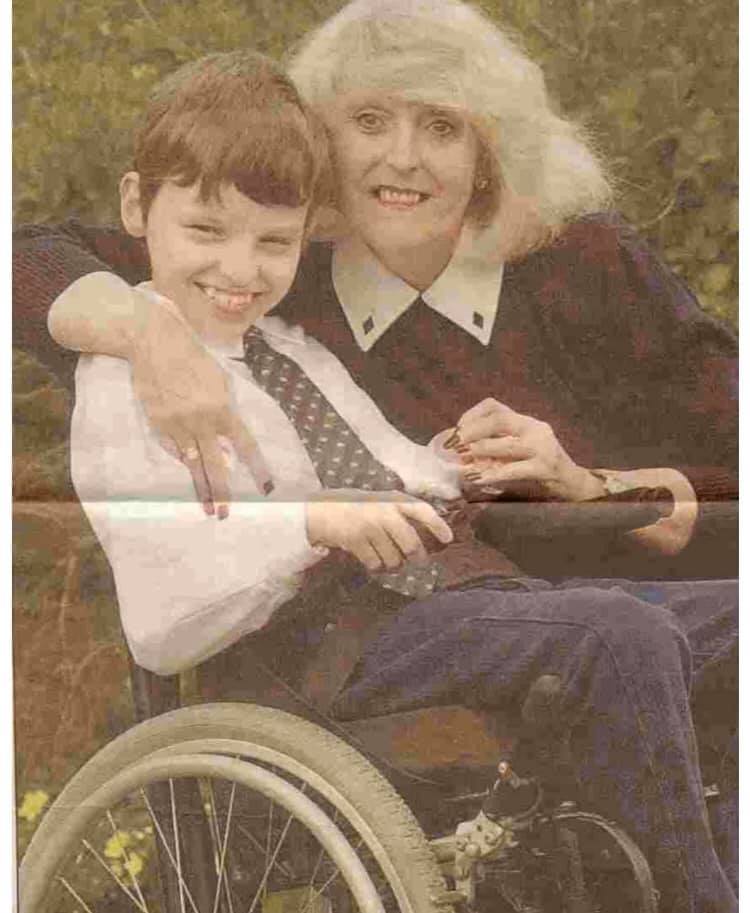 Gregg Draper and the DTP

“On one occasion, he said, ‘Mummy, I have spoilt your life’. I jumped up and gave him the biggest cuddle and kissed him. I said, ‘Of course you haven’t you are mummy’s soldier’.” Sheila Draper Read more…